Revolv Space has just started out their Incubation Programme at SBIC Noordwijk and will pitch their initiative in the NL Space Campus Network&Drinks in November 2022.

The mission of Revolv Space is to enable continuous operations for small satellites. These machines, with a mass between 1kg and 200kg, can effectively use only 20-30% of the time they spend in orbit to actually provide services, like Earth observation or telecommunications. Revolv Space develops solutions to increase the efficiency of small satellite missions. 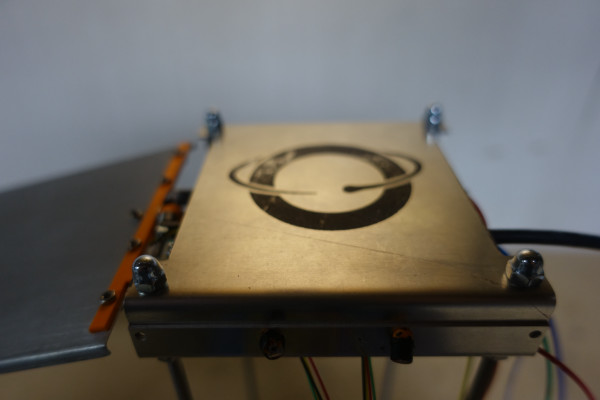 By developing SARA - a fault-tolerant, plug&play, and autonomous device that allows for rotation of the satellite's solar panels and tracking of the Sun – they tackle limitations in the power system, which is one of the largest limitations of satellite architectures.

“We are developing SARA in a constant feedback loop with our partners and customers. We learned that reliability is the main reason why systems like SARA are not used onboard small satellite missions. Therefore, we designed an innovative backup mechanism to reduce the risks of failure, which makes SARA unique”, says Filippo Oggionni, co-founder and CCO of Revolv Space.

Revolv Space has high ambitions: they want to be the go-to supplier of advanced mechanisms for small satellite missions and an enabler of new space applications. Starting from commercial satellite missions, they see concrete market needs of more continuous operations. They are also working on COCO, a software tool that will drive on-orbit operations by optimisation of maneuvers based on aerodynamic drag. COCO is the world's first commercial software solely focused on aerodynamic drag and its exploitation to tackle the needs of satellite operators, while enhancing the capabilities of SARA. They also have different applications in the pipeline of the rotary mechanism at the core of SARA, solving issues such as thermal management and data downlink, two other factors limiting continuous operations. Future ambitions include expanding towards new applications, such as in-orbit servicing.

“In our journey, we are learning a lot of things. Satellites are not efficient, but technological innovation can change that and lower the financial barrier to provide space-based services,” says Filippo. The background of this thought is that their solution can have a direct benefit on mankind, as space-based services like wildfire monitoring, carbon emission quantification, and the Internet of Things will have an increasing impact on our lives. The next step is to realise that the New Space Economy is not only about sending satellites to serve customers on Earth, but rather to build a space infrastructure that resembles the one on Earth's surface, with similar services such as connectivity and power distribution grids for satellites. In the vision of Revolv Space, space-based services are the first step for mankind to experiment and test what can be done in space, keeping in mind that the ultimate goal is to sustainably enable human expansion with a look back at Earth, the home of mankind.

NL Space Campus is the central place for a community that is connected by a fascination for the endless possibilities of space -  be it for science, society, business or pleasure.